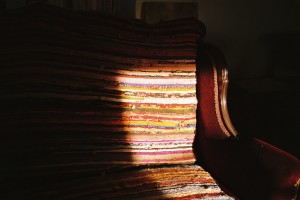 I have worked in NHS psychiatry from 1971 to the present, initially as a psychiatric nurse and then as an adult psychotherapist.Since 1975 I have lived and worked in Cambridge where I have been the charge nurse of an admission ward and a psychiatric outpatient service.Having completed my training with the Guild of Psychotherapists (London 1975-1986)I became the first nurse therapist to be employed in the Outpatient Psychotherapy Service. During the last 12 years I have been the clinical team leader and principal adult psychotherapist of a day service for people suffering personality disorder. At the end of January 2013 following a re-organisation of how services are delivered I left and have retired from the NHS.I have maintained a private practice as a psychotherapist since 1982.In my work as a therapist, I consider myself unaligned with any particular school of psychotherapy but I am greatly influenced by the Sceptical tradition in philosophy.Although I am no longer a member of the Guild of Psychotherapists and recently decided to de-register from the UKCP, I am an associate member of the Philadelphia Association.I have an MA and PhD through the School of Independent Study and the  Department of Human Relations, University of East London. Both theses focus on the psychoanalytic concept of transference to develop a critique of psychoanalysis with reference to the somewhat neglected forebears of hypnosis and animal magnetism. I have long experience of working with people with chronic and intractable difficulties to help them find a niche in the world.